Farming is a venture that largely relies on natural resources and the climate. The increasing climate changes have resulted in global warming and unpredictable weather patterns, which threaten farmers’ efforts with frequent drought, floods, and frost. As the global population increases, the demand for food also rises which means that farmers have to produce more.

Despite the increasing demand, food security is still threatened by the hiking prices of fossil fuel, environmental degradation, water deficiency, unpredictable weather conditions, and lack of enough arable land. For this reason, there is a need to find a future solution, and farmers have to become more innovative. In the modern world, scientists have invented better methods to produce more food in the same land hence minimizing deforestation. Farming is no longer restricted to the field and it’s being done even in developed environments and urban centers.

The relationship between the city and the farm has never close. However, vacant office buildings, warehouses, factories, and are facilities are being transformed into urban farms. Farming in cities and urban centers and controlled environments are shaping the future of food production. There is a large difference between open space farming and controlled environment farming although they are both urban farming. For instance,

Farming in controlled environments is an important way that helps farmers achieve maximum productivity and produce high-quality crops in an environmentally friendly and efficient manner. These innovations are not affected by the unpredictable weather patterns and extreme climatic conditions which allow urban farmers to produce crops throughout the year.

This practice has transformed the growing environment and uses fewer inputs such as pesticides, water, and fertilizers. Besides, it minimizes deforestation and emissions associated with food transport. This helps in mitigating the adverse effects of climate change.  Rooftop farms create a new dimension to urban environments by greening them and creates serene zones and connects people with nature.

Unfortunately, the costs of production in controlled are relatively higher than in conventional outdoor areas. However, embracing new technologies such as automated systems, energy-efficient LED lighting, and solar energy can help reduce production costs. The use of farm management systems and innovative farm practices can help farmers keep up with their budget and increase productivity and profitability.

In fruit farming, some of the crops that farmers can grow in controlled environments include watermelon, passion fruits, and strawberry. Although grapes can also be produced in such environments, not all required conditions can be provided.

For instance, they require more direct and concentrated sunlight to enhance their flavor and color profiles. At night, cool temperatures are required to enable them to preserve their acidity. Other crops that can be grown in urban and controlled environments include vegetables, legumes, carrots, and other horticultural products. 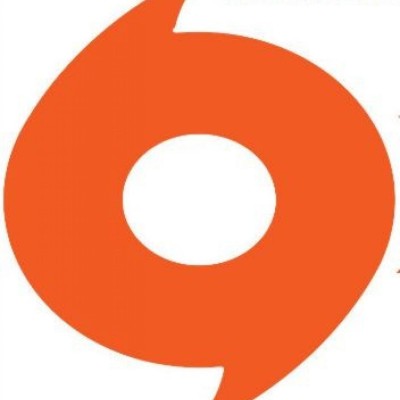 One thought on “Farming in controlled environments”

Previous post Nutrient management: Supplementary Fertilization a simple way to enhance Apples growth
Next post Did you know that fruit farming has evolved? find out how below….

To all our Esteemed customers, we appreciate you so much. Happy customer service week.

Agriculture is one of the industries that has felt the impact of climate change in profound ways. Farmers In different...

Did you know that you do not need to have a big farm so as to be able start fruit...

Types, Principles, Methods and Importance Organic farming is the method of crop and livestock production that involves much more than...

Grafting is the process of bringing together the tree with the strongest roots, and marrying it to the one with...

Drip irrigation is a form of micro-irrigation that has the potential to save lots of water and nutrients by allowing...

Lemon farming is a lucrative agribusiness that only a small number has tapped. They have high demand both in the...

The Kenyan mango industry has a competitive advantage due to its extended mango season spanning from October to March and a shorter season from April to June.

Demand and marketing channels for dragon fruit in Kenya

Investing in value addition for pomegranates

To help you become a successful farmer, we offer a pomegranate farming package at competitive pricing. It includes free consultancy

the most common hindrances towards achieving the dream.

Tree Tomatoes will not give you the expected yield if they are not taken care off.

The demand for arrowroot has been increasing rapidly over the years. As people shift to healthy foods, arrowroot have recorded...

Avocado trees are very susceptible to root rot, which is caused by the soil-borne fungus Phytophthora cinnamomi (root rot). This...

Fruit farming has a bright future.

Among the many available investments, fruit farming is among the cheapest. I know you are probably asking how Kshs. 37,600...

Our 2022 farm tours and training will start with shamba dairies in Muranga – one of the leading and well...

ONCE YOUR HASS AVOCADOS MATURE, WHAT DO YOU DO?

tHE FRUIT MARKET IS INSATIABLE

a Special offer on all our seedlings

You know anyone who's passionate about fruit farming🥝🍐🍋🍏🥭🍊🍓🍇? Would you love to appreciate them as a gesture of noticing their...

ONCE YOUR HASS AVOCADOS MATURE, WHAT DO YOU DO?

Do not let this opportunity slide off your hands.